When we talk about fresh meat here, we mean unheated food. In addition to meat, it can also be organ meats, fish, poultry, bones, milk or eggs. These products are kept cool or frozen.
Also, freeze-dried treats such as buffalo skin, pig ears, bull’s nose, bits of heart, etc. are included by some in the discussion. These products have not been heated before drying and may, therefore, contain pathogenic bacteria.

Ready-to-eat fresh meat diets are sold under the brands like: Carnibest, BARF, KVV, Duck, Lotgering. Some people put together a fresh meat meal for their pet.

Dogs have less osteoarthritis, pancreatitis, dental problems and parasites, and better resistance.
There is no dispute about taste. Unfortunately,

the stated health claims have not been scientifically proven. The Advertising Code Commission would, therefore, turn a fresh meat supplier’s finger on the finger if he used these arguments to promote his product.

Meat (fresh and heated) is better to digest than chunks. Fresh meat diets also contain little fiber. That is the reason that dogs and cats produce little feces on a fresh meat diet. That can be an advantage, but also a disadvantage: there are dogs that get constipation from a meat diet.

There are several publications that indicate that the balance of nutrients, vitamins, and minerals in home-made food, and also in some commercially available fresh-meat diets are not good.

This problem is easily solved by seeking advice from a specialist in animal nutrition!

Some of these composition errors are relatively innocent :
Fresh meat often contains a lot of fat. Some animals develop diarrhea or tend to be overweight. A change in (the amount of) food can solve these problems.

Animals that eat too much bone can become clogged. In many cases, this problem can be solved by the veterinarian. In rare cases, this can lead to permanent damage to the colon ( stricture formation ).
Other mistakes are more dangerous: recovery is often no longer possible when the animal gets problems.

An animal that gets too little calcium can develop bone decalcification. This can lead to fractures (green-stick fractures). In young animals, the skeleton can grow abnormally (rubber jaw). Bone decalcification due to calcium deficiency in the diet is also called “all meat syndrome”.

Puppies from large breeds are very sensitive to an excess of calcium in the diet. This can lead to abnormal bone growth. source

Animals with an excess of vitamin A in the feed are given abnormalities in the skeleton and the liver. source
Cats who receive too little taurine develop heart failure, blindness, and reduced resistance.
etc.
It is possible to put together a balanced diet for your pet. Our advice: consult with a specialist animal feed.

Raw meat may contain pathogens such as Toxoplasma, Neospora, E. Coli, Salmonella and resistant bacteria. An animal can become ill here, but that is not necessary. A bitch can pass on the parasites Neospora to different nests, where the pups can develop severe neurological complaints.

Heating can kill these pathogens.
Heating does not affect the digestibility of meat.

What would you know about these disease makers?
Pregnant women are not allowed to eat red meat or eat/drink raw milk products. This is particularly intended for diseases such as Toxoplasmosis and Listeriosis.

In the kitchen, we must separate raw and prepared food (chopping boards, kitchen utensils) and pay attention to our hygiene.
Livestock farmers and veterinarians are under heavy pressure to reduce the use of antibiotics on the farm. This is intended to reduce the number of resistant bacteria on meat. Antibiotic resistance is seen by the WHO as the biggest threat to our health care.
Animals are often not welcome in nursing homes. Old people are (just like children and the sick) more susceptible to infectious diseases.

Do people who reject fresh meat suffer from fear of friction for reasons of hygiene? Could, but to support their worries a few figures:
Every year about 700,000 Dutch people gets food poisoning (the biggest culprits: Campylobacter, Salmonella, Toxoplasma). About 75 of these dies. source

Every year, about 85,000 people become ill due to an infection in an animal. About 17 people die. source
In 2012, 1,149 people became ill of Salmonella from smoked salmon from Foppen. Presumably, the actual number of infections was higher. Two people died. source

Raw vegetables can also cause problems: In 2011, 44 people died of EHEC caused by bean sprouts. 3688 people reported to a doctor, 823 people ended up in the hospital with serious problems including kidney failure. source
In a half-year study of 38 dogs, an ESBL- producing bacterium was found in the feces at least once in 32 of these dogs. Nine of these dogs are continuously testing positive. This multiresistant bacterium probably spreads through the diet and through the environment (eating poop). Animals do not suffer from the bacterium until the pathogen gives pneumonia or bladder inflammation. source
50% of the dog owners let themselves be licked in the face by their animal. People also lick themselves to their wounds. The transfer of a bacterium from humans to animals is, therefore, a real possibility. source
All these infections can be prevented by eating enough food (bacteria), freezing (parasites) and observing sufficient hygiene (transfer of bacteria from raw to processed food).

Insufficiently chewed bone parts (raw or cooked) can cause serious damage to the esophagus. If a bone gets stuck, we must remove it urgently.

It is possible to put together a fresh meat diet for your dog.

Avoid mistakes in the composition of the feed. Consult a specialist animal feed (such as RJ Corbee , E Hagen-Plantinga )
We also recommend the basic hygiene rules, for yourself and for your pet. Normal heating does not affect the digestibility of the food.
Reading tips
Other visitors to this page, were also interested in:
Can a dog eat pork ?
Nutrition in gastrointestinal complaints
Food allergy ( gastrointestinal and skin )
Nutrition and osteoarthritis
10 misunderstandings about food allergy
10 misunderstandings about worms and other intestinal inhabitants
To BARF or not to BARF (lecture specialist animal nutrition E. Hagen-Plantinga)
What’s better: deworming 4x a year or testing faeces first ? 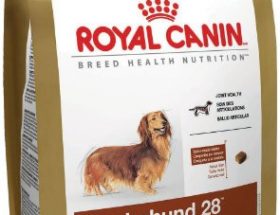